Freelance since 1990. Giuseppe Cristiano is an Italian illustrator and storyboard artist who has been working for more than twenty years all over the world.
He collaborates with many advertising agencies, but his experience also includes animation and cinema. With his storyboards he has participated in videos of Radiohead, Madonna, Moby and Roxette, alongside pioneering directors of the genre such as Jonas Åkerlund and Johan Renck.
He has worked on TV series such as CSI: NY and Six Feet Under, on the role-playing game Dungeons & Dragons, and for the video game sector he has written the storyboards for Cyberpunk 2077, Mad Max, inspired by the George Miller film, and Spider Man and The Walking Dead.
He has collaborated with directors such as Hans Petter Moland and Nils Gaup, and DoP such as Hoyte Van Hoyterna.
Many movies, TV series and commercials for Warner Bros, Zentropa, Fox, BBC, Ridley Scott Associates… In 1998 he opened a storyboard school in Stockholm, first in a library and then also online. Since that year, he has published ten manuals in English, Chinese, French, German, Swedish and Italian ("Il visualizer" and "Storyboard", Caracò Editore 2017 and 2019; "Graphic Novel" for Ad Est dell'Equatore and "So disegnare, e adesso?” for Seagull Editions, both in 2020), some of which have been adopted in universities and film schools.
For Seagull Editions he also published the graphic novels "A Desert Journey" and "2: 40: 1", the art book "Art Noir" and the novel "I re del Subbuteo".
He holds meetings and workshops all over Europe. Since 2018 he has been a teacher at the Rome Film Academy. 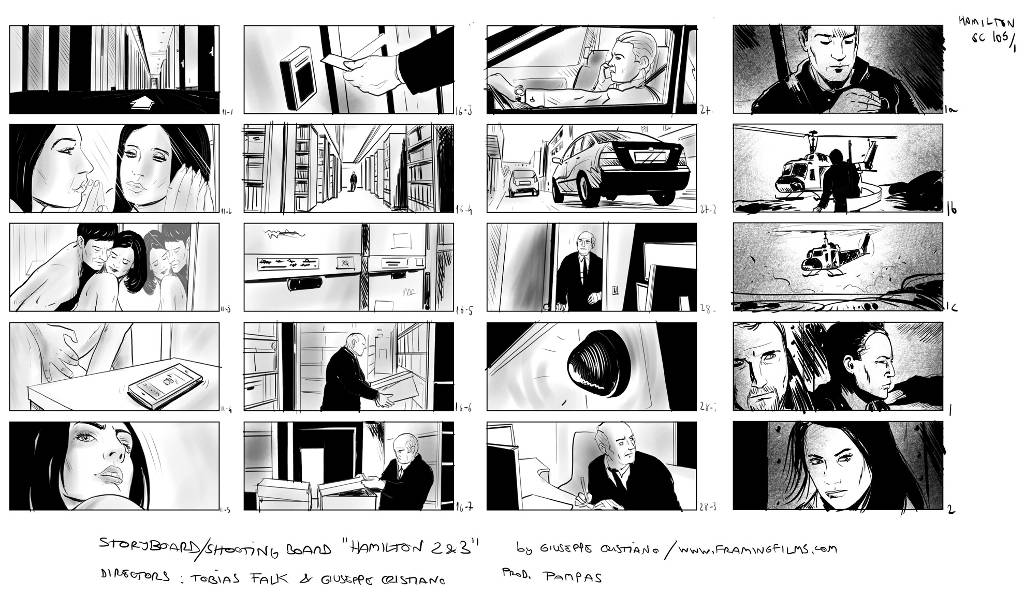 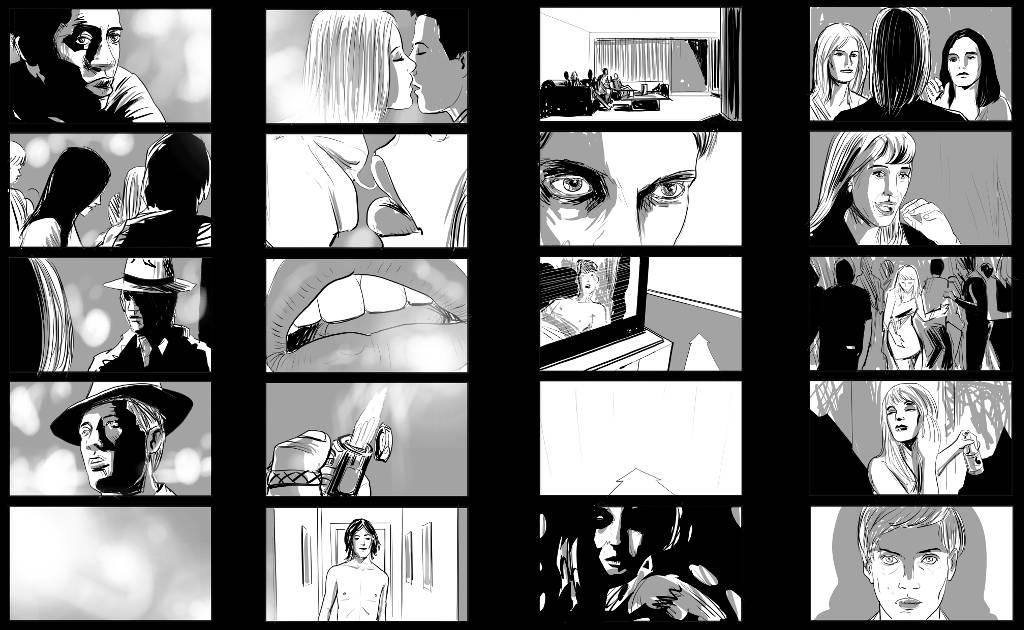 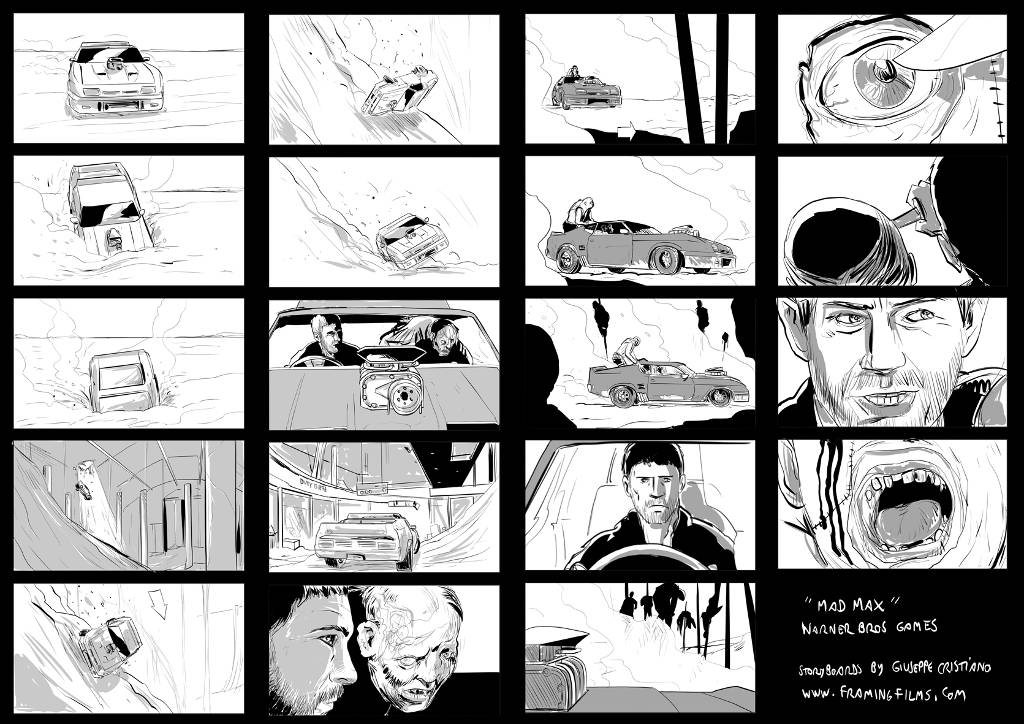 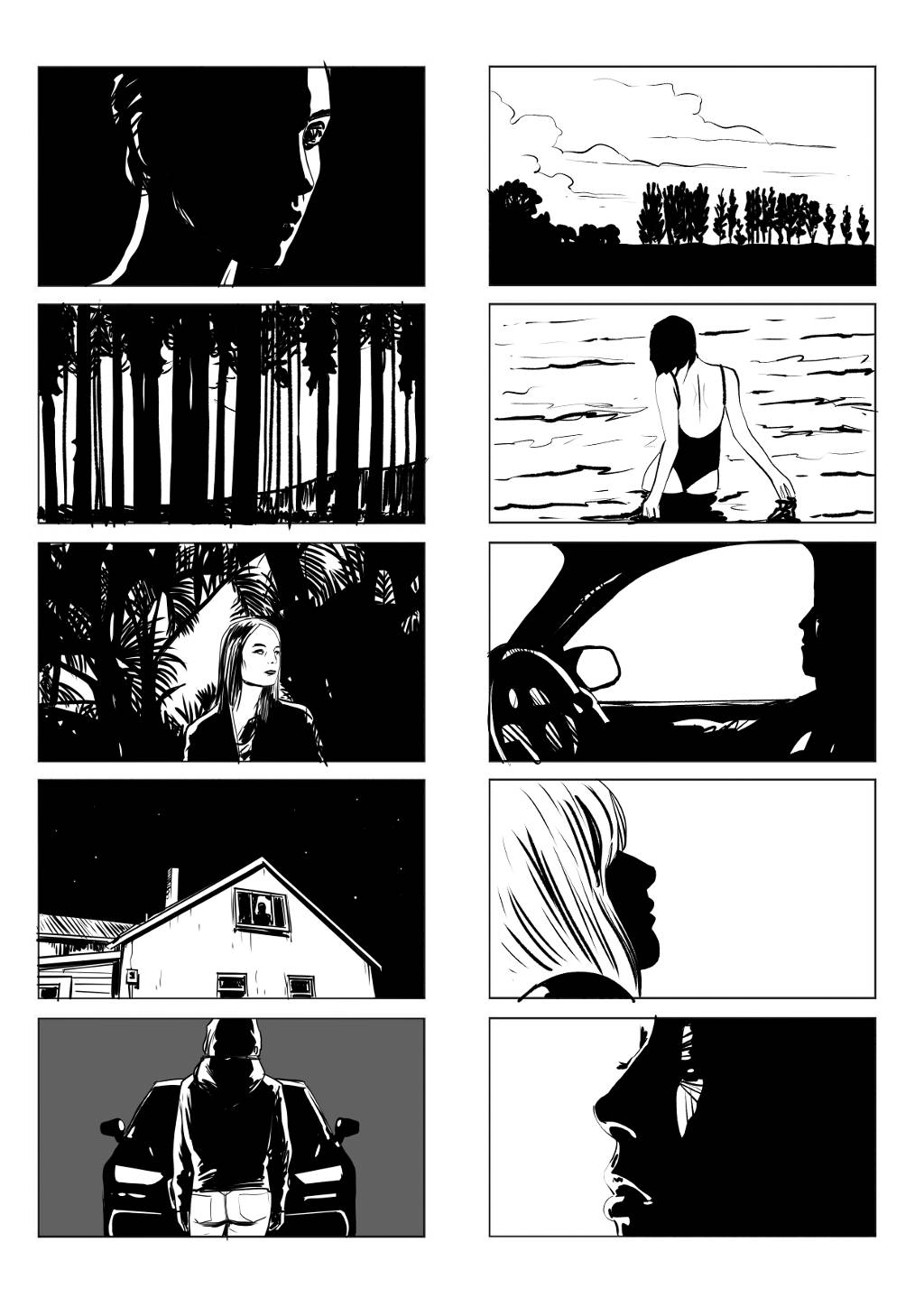 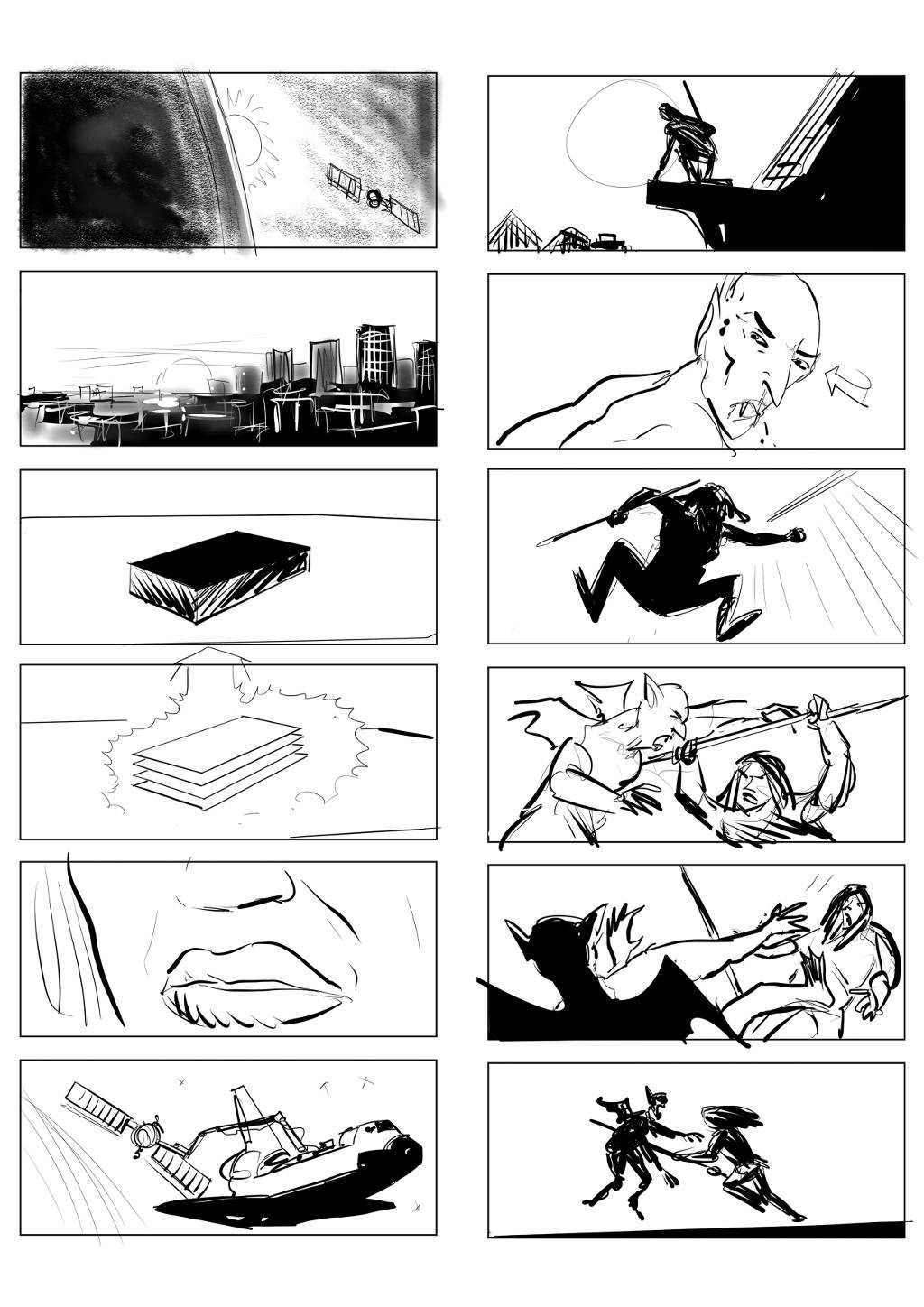 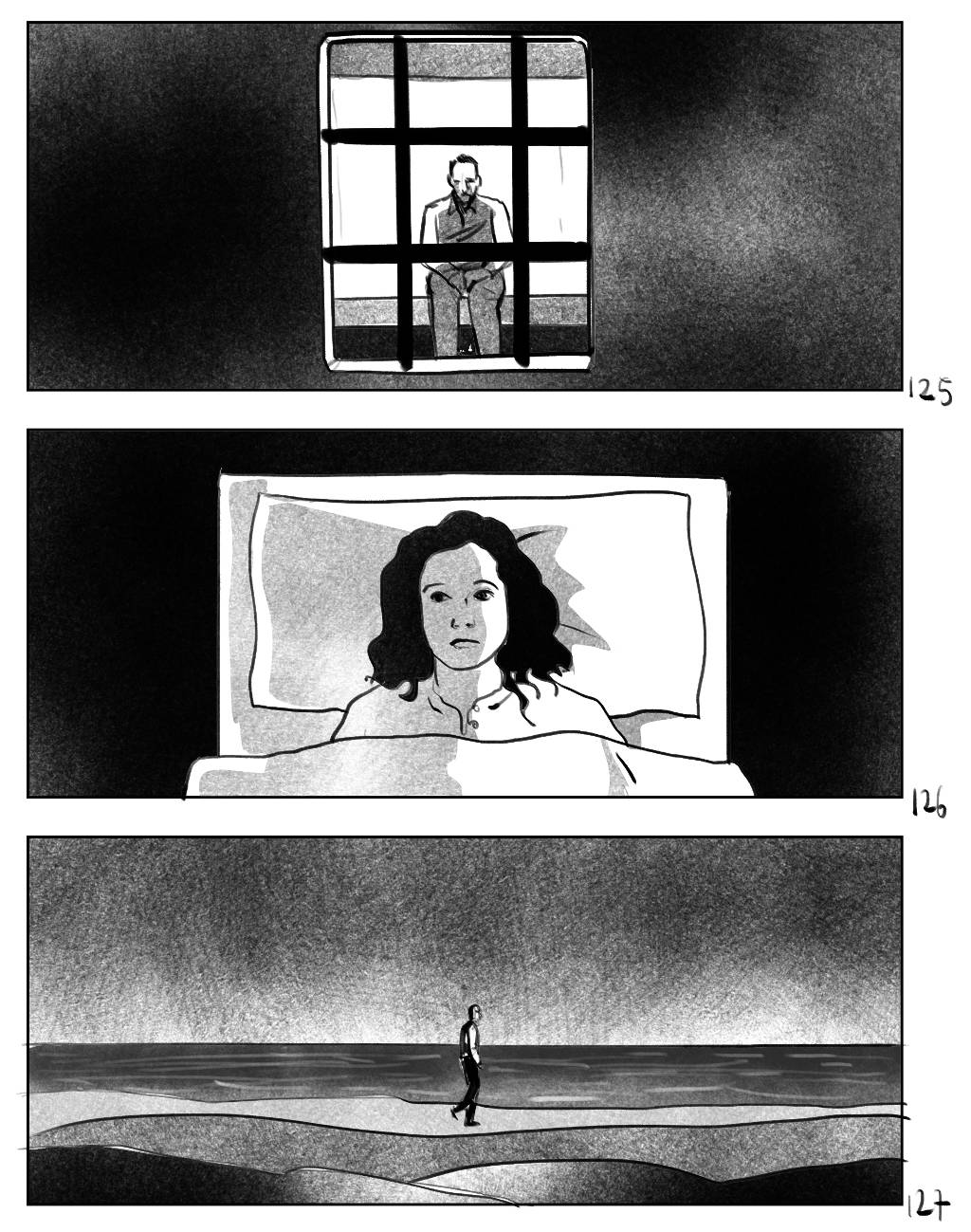 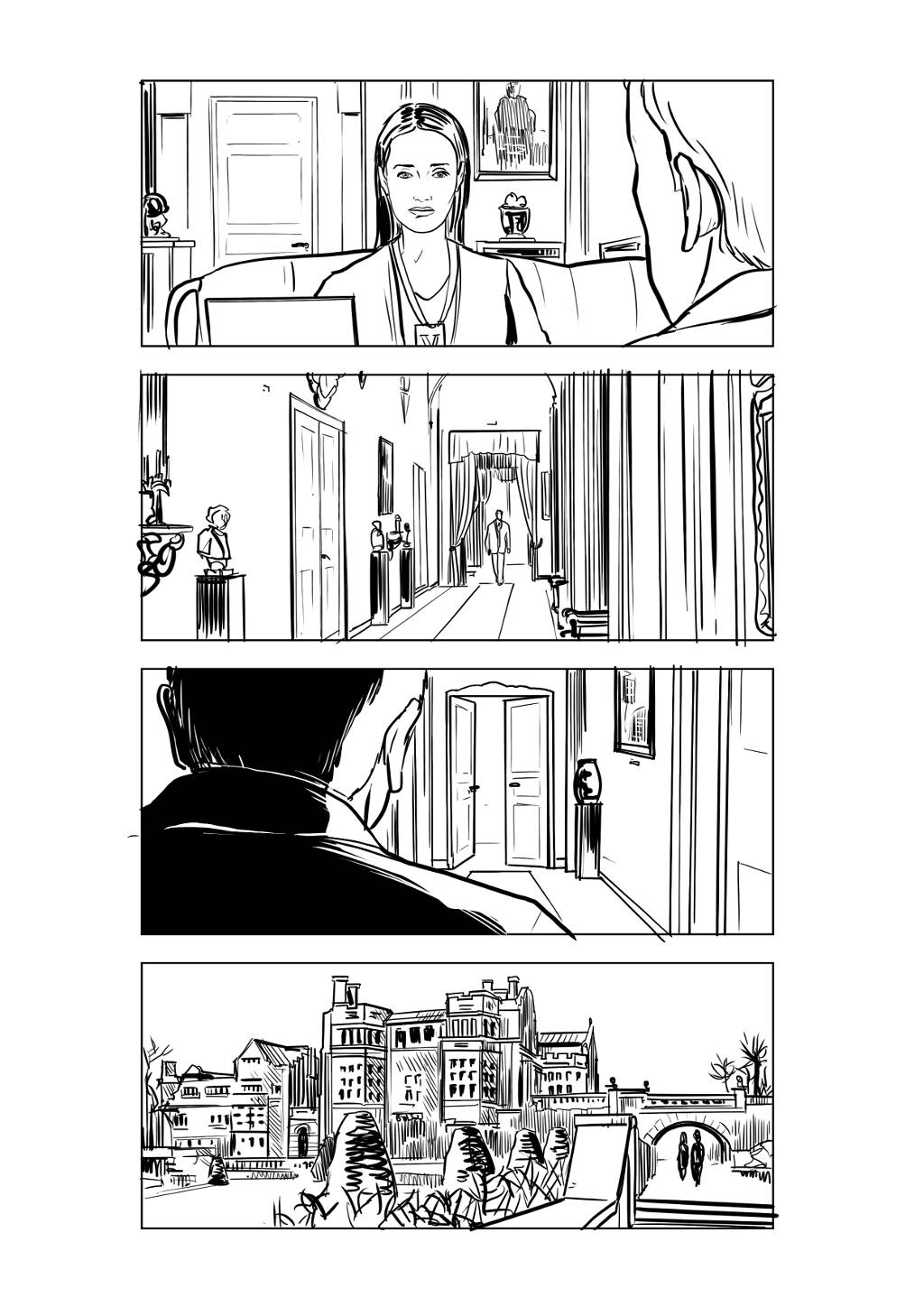 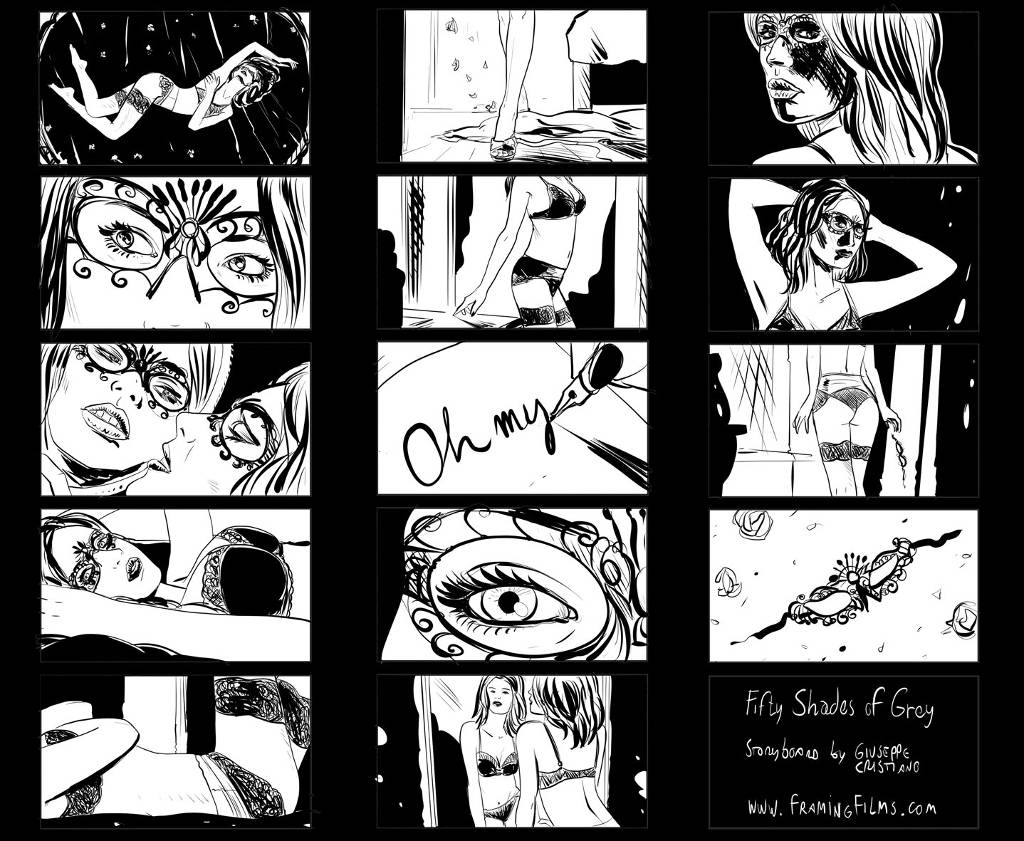 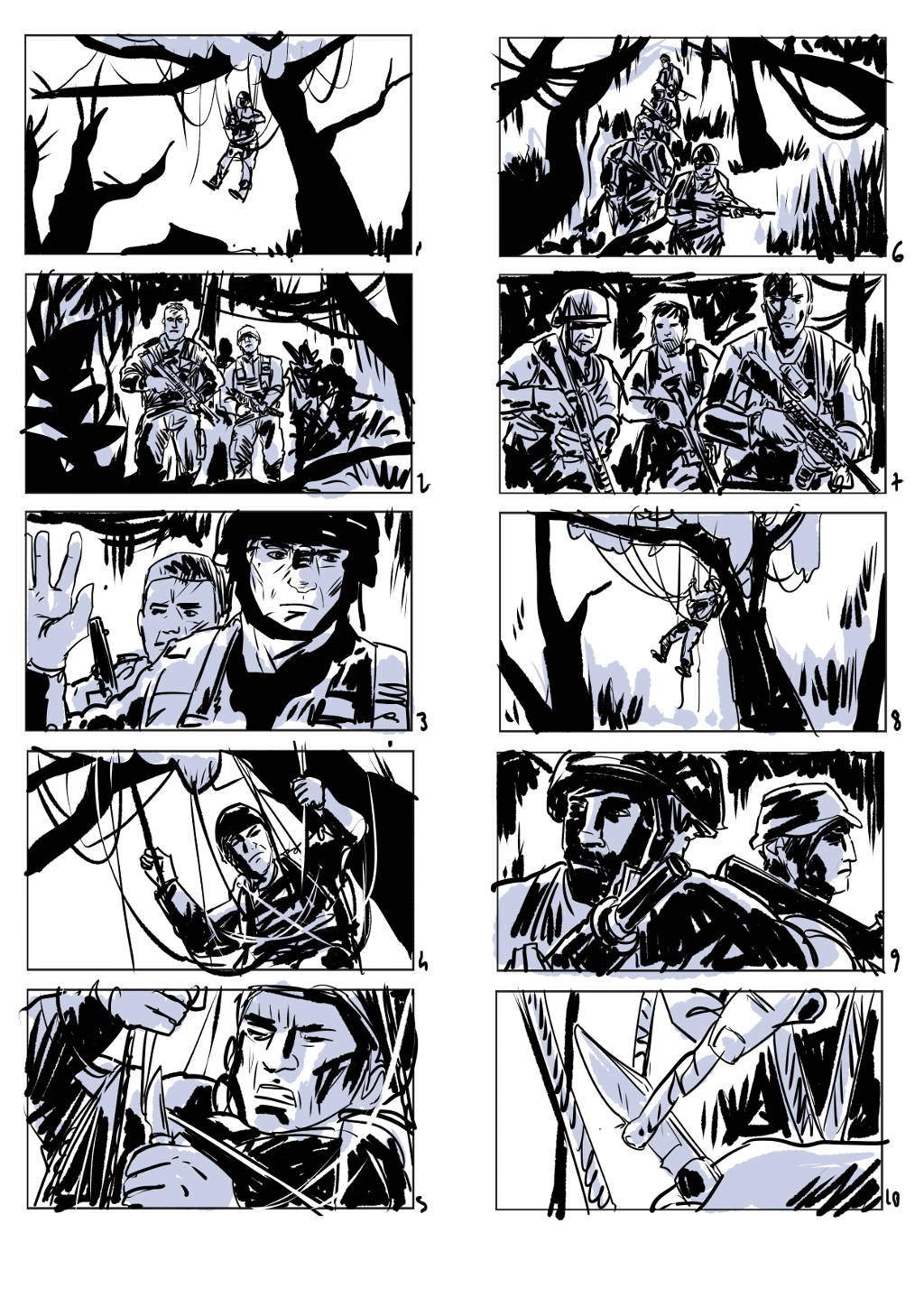 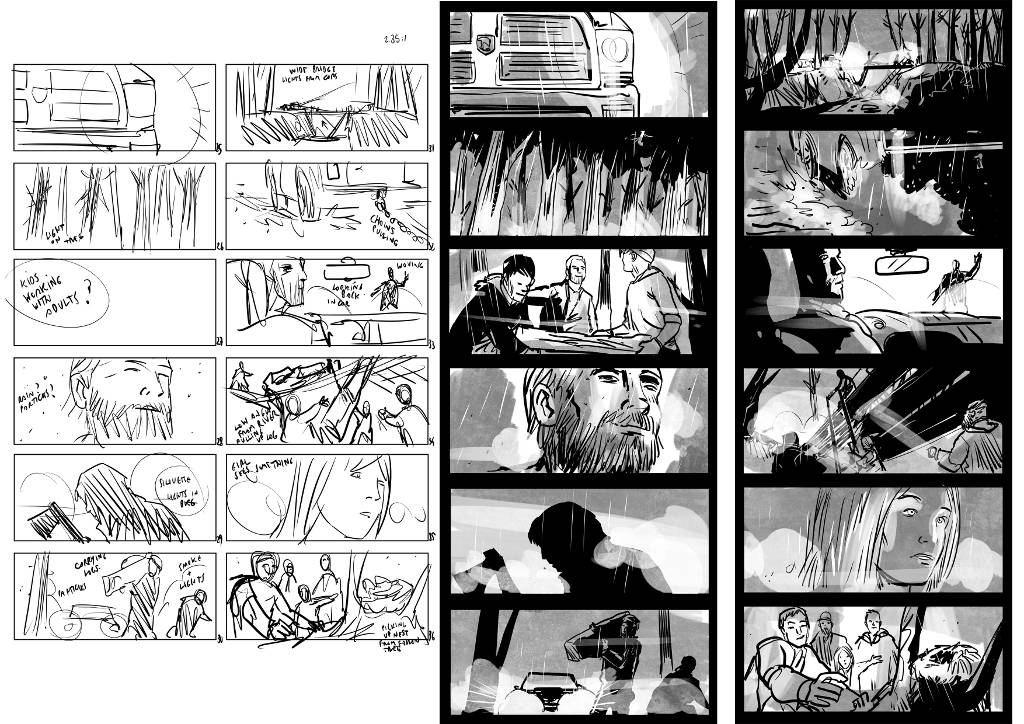 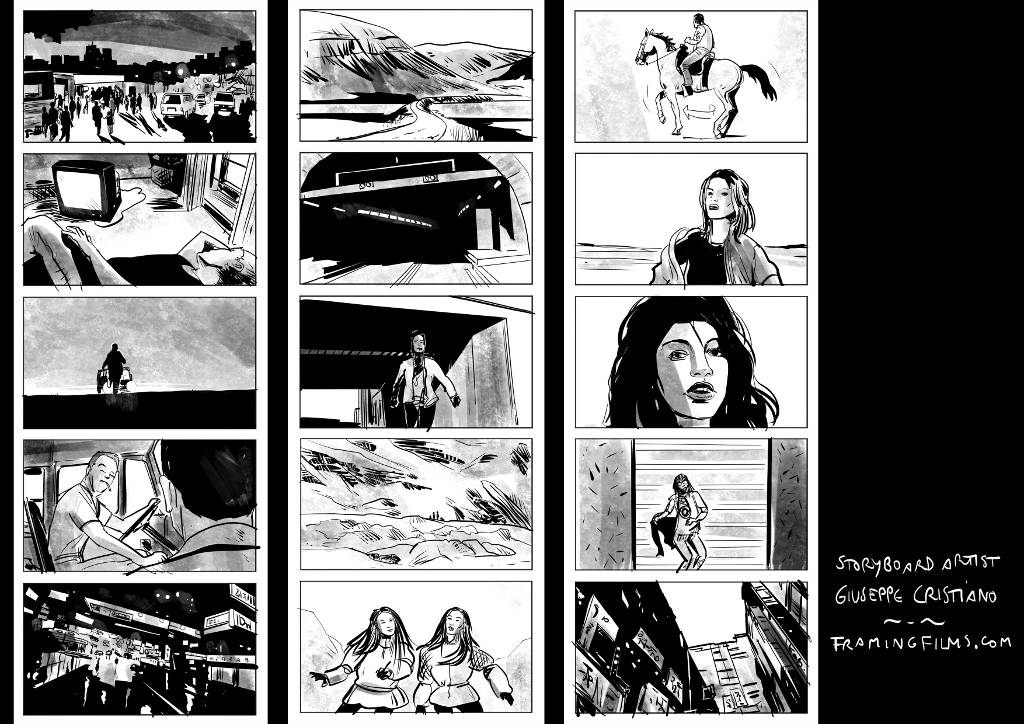 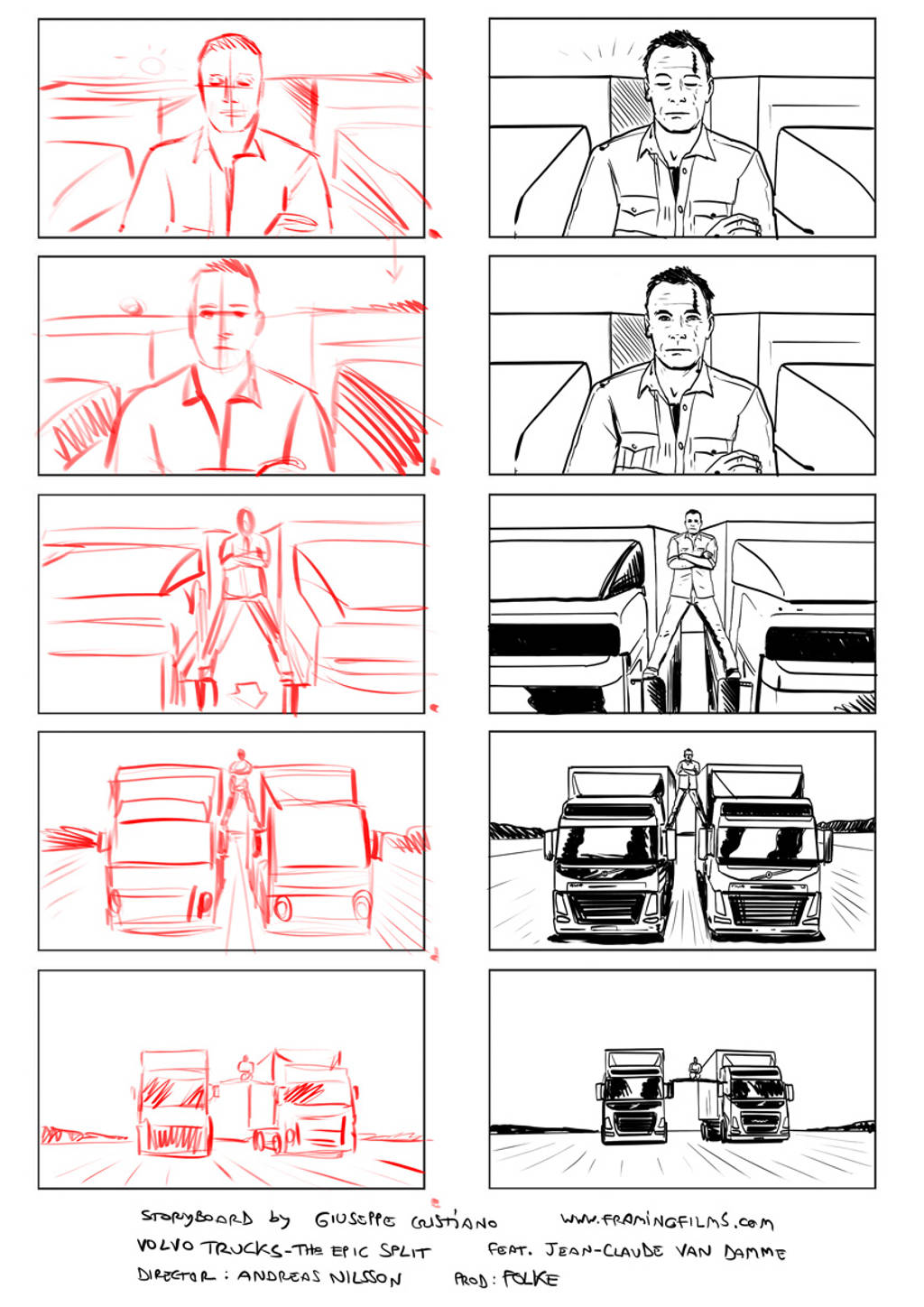 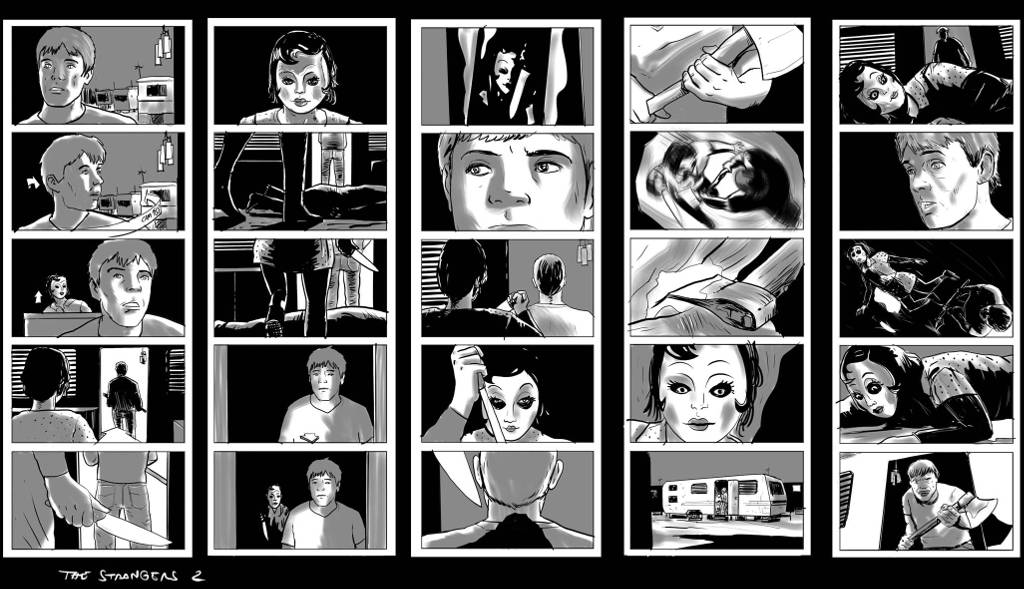 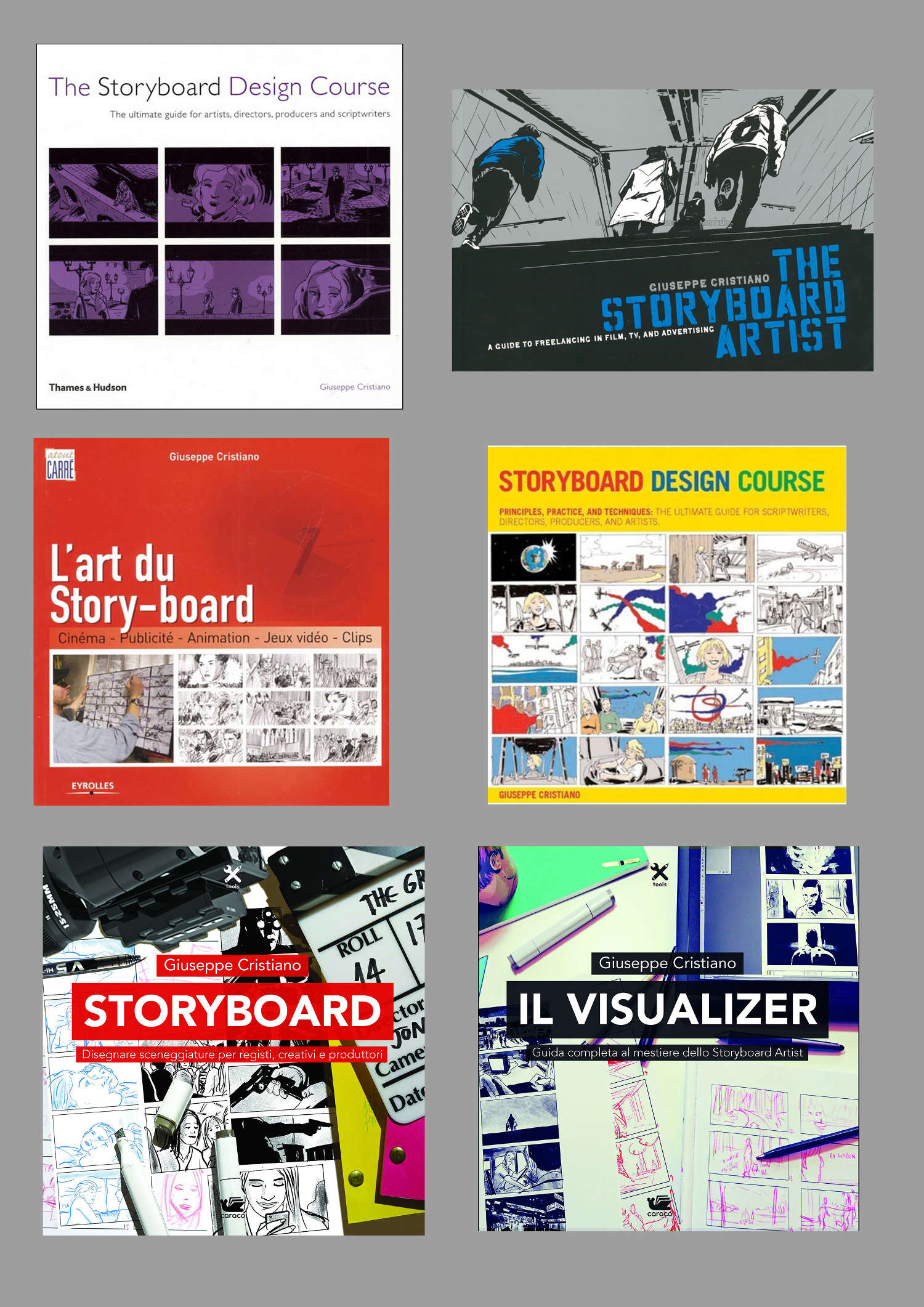